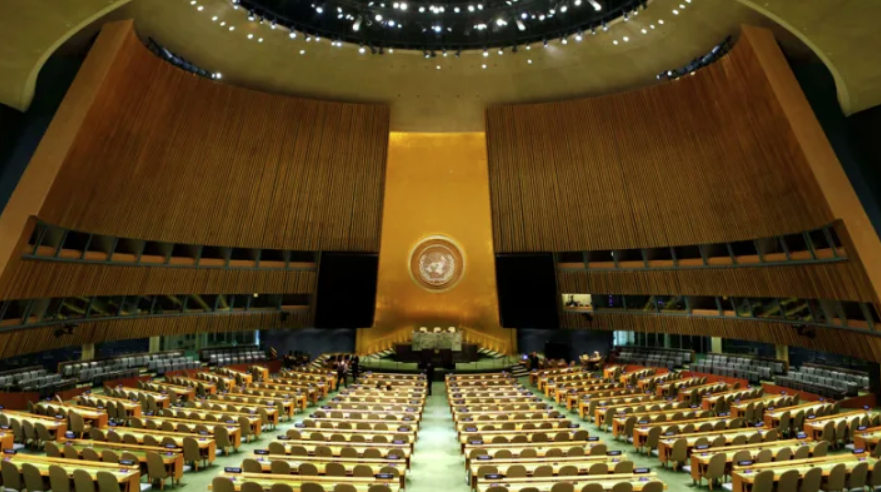 Heads of state, political leaders, policy-makers, health advocates and universal health coverage champions from around the world discuss how countries can move towards achieving UHC.

Universal health coverage means all people have access to the health care they need, when and where they need it, without facing financial hardship.

What is a UN High-level Meeting?

UN High-Level Meetings are organised by the UN General Assembly (UNGA) and bring together Heads of States to address issues of global importance.

The General Assembly is one of the six main organs of the United Nations, the only one in which all 193 Member States have equal representation.

The meeting in September will be the fifth HLM on a health-related topic.

What will the UN High-Level Meeting deliver?

The HLM will see UN Member States adopt a political declaration on UHC that will provide a framework for action on UHC.

The political declaration is an important tool to support the achievement of the Sustainable Development Goals (SDGs), in particular SDG 3.8, which calls for countries to deliver UHC. Other goals from poverty reduction to gender equity, improved access to education and meaningful work will also benefit from the implementation of UHC.

This UN HLM is a critical moment to mobilize highest level political support for health issues as we approach the 2023 midpoint of the 2030 Sustainable Development Goals.

As part of the NCD alliance coalition, ISE has co-signed an Open Letter to Governments ahead of the UN High-Level Meeting on Universal Health Coverage, together with another 130 organisations, asking that the prevention and control of Noncommunicable Diseases (NCDs), including endocrine conditions, is included as an element of UHC in the outcome document of the UN HLM. 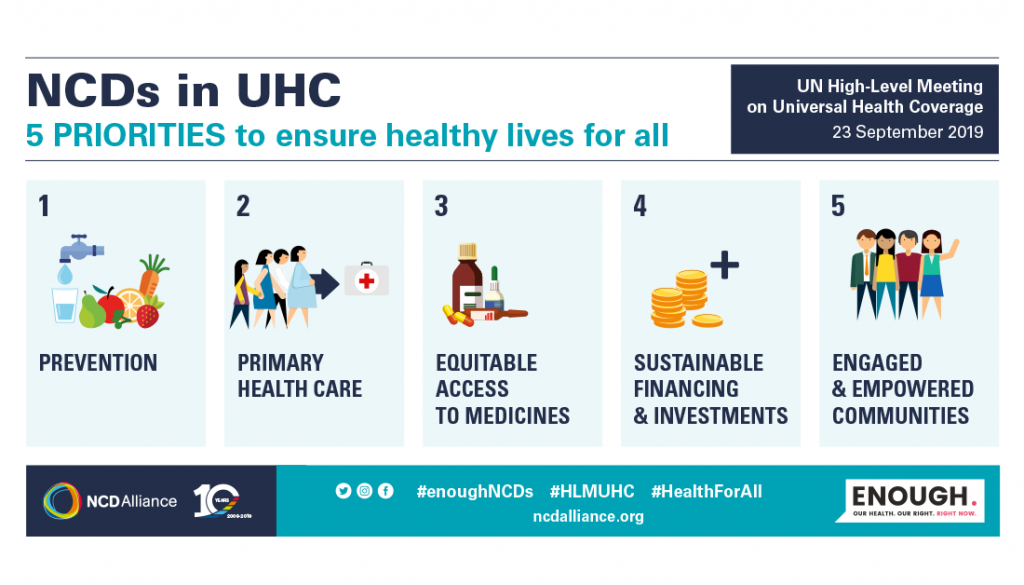